First let me just say I genuinely contemplated writing "Just watch it, please!!" a couple hundred times, over and over again and posting that with a few teaser images, but alas, I need to wax lyrical for you. 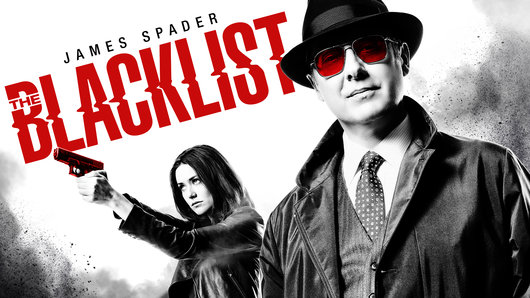 Blacklist was brought into my life over 12 months ago by a good friend on a visit to Cork. We watched the pilot over some wine, and I'll admit it, I wasn't hugely taken with it, at first. Some time passed though, and just like what happened with Making A Murderer, Dex watched a few episodes ahead and informed me of its quality. So we back watched the first few episodes and then continued on. We're on Season 3 right now and it's become something of an addiction, so let me tell you why.

The Blacklist is an ongoing TV series starring James Spader (that's Ultron, to you Marvel movie buffs) and Megan Boone. Spader plays Raymond Red Reddington, top of the FBI Most Wanted list, and Boone plays Elizabeth Keen, who is a profiler with the FBI. It's giving nothing away to tell you that in the first several minutes of the pilot, Red enters FBI headquarters and gives himself up, stating he will only speak to Keen about a mutually beneficial arrangement for both Red himself and the entire FBI taskforce. Things only get weirder from there. 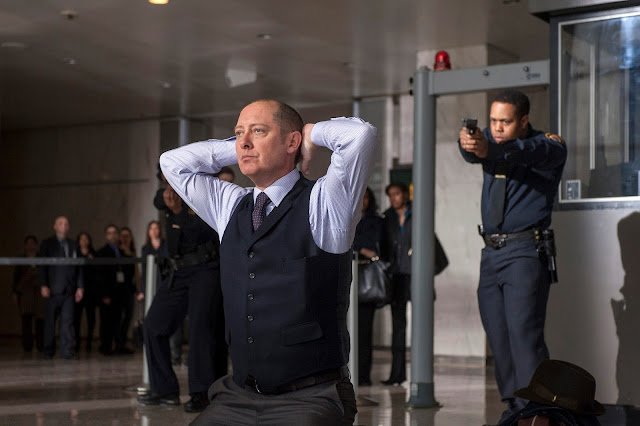 There are, like in many shows, multiple, very complex storylines going on at once. There's the relationship between Elizabeth and her husband Tom (he's the good looking one, you don't need to know more than that right now), the FBI Director and his workforce, Red and everyone else, and there's always politics within the criminal story lines, especially with Red's involvement, which are always intertwined and evolving, they are what move the show forward for the majority.

The format of the episodes is pretty simple: Preamble, title, and then nothing but action until the credits. Every episode follows another criminal on Reds list, and there are some absolute doozies in there. So, let me talk to you about my favorite stories, rather than storylines. I would only spoil it and upset people.

To say this one is a bit gross is putting it mildly. The Stewmaker episode is about a murder who literally dissolves his victims He's a bit of an expert when it comes to corrosive substances and uses this to his advantage. Elizabeth is kidnapped by him and tortured and it's up to Red (who is a bad guy) to team up with her FBI partner to find her. I pretty much sat glued to this episode because it was so tense and gripping, and I still, three seasons later, maintain this to be one of my two favorites.

This one is a favorite not only ecause of the story, but also because of the actor who plays The Courier. Robert Knepper, who played T-Bag in Prison Break is our man in this episode. I always liked a bad guy that had a likable swagger to him, and this episode was no different to be honest. The courier feels no pain, and so he hides stuff literally in his body. He's carrying something the FBI badly want to intercept from being delivered, and that's pretty much it. This episode wasn't as gripping as The Stewmaker, but it was still jam packed with action and I loved it! 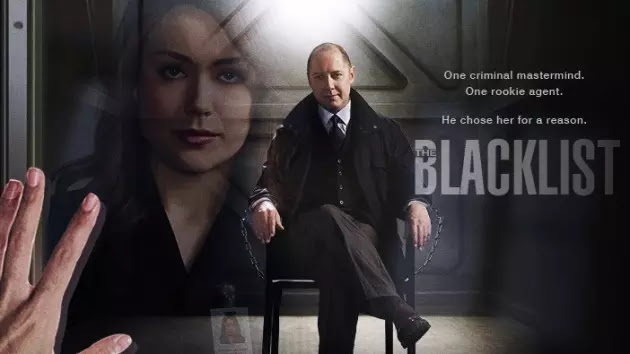 I'm actually not really able to tell you much more beyond my top two favorites. The show is tense and gripping and funny and complex but filled with well formed characters, and has more twists than a spiral staircase. The score is incredible, and Spader just makes the whole show. I've actually got a little bit of a crush on him, if only for the way he speaks.

The Blacklist is addictive, so watch with caution - there have been many late nights watching til the small hours, and then a lot of tired grumbling the next morning. I will be sad when it's over, though, because honestly, it's the best thing I've watched since Prison Break ended!


Give it a watch, you will thank me!